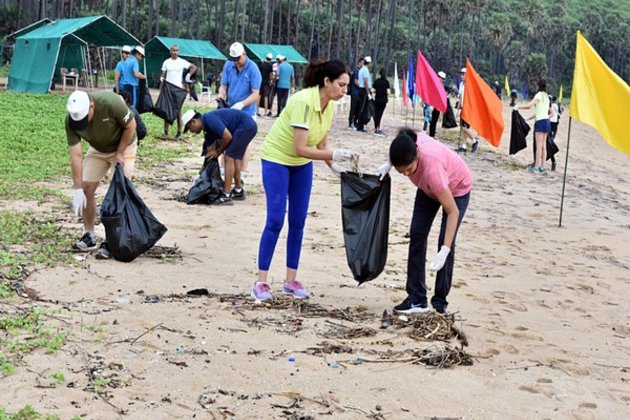 Various units of Eastern Naval Command at Yerada Beach, RK Beach, Kalinga Beach, Gangavaram Beach, Meghadripeta River Channel, Seafront and Harbour waters in the premises of Naval Dockyard Vizag and at Hope Island, Kakinada, the Coastal Cleanup drive was conducted with the aim to spread awareness regarding the usage of plastic.

Notably, the Eastern Naval Command dedicates one day every month- under the Puneet Sagar Abhiyaan- to dedicatedly undertake coastal cleanup activities, including the rivers and the lakesThe exercise aims at creating awareness among the community regarding the use of plastic, and how it impacts the lives of oceans, rivers, and other water bodies.

According to an official statement, more than 500 personnel were included in the service and defence civilians of Eastern Naval Command, school children and locals also took part in the cleanup drives.

Approximately, 400 Kg of non-biodegradable waste material which included plastic bottles, wrappers, thermocol, and glass pieces, were collected from these sites and disposed off safely, it added. (ANI)