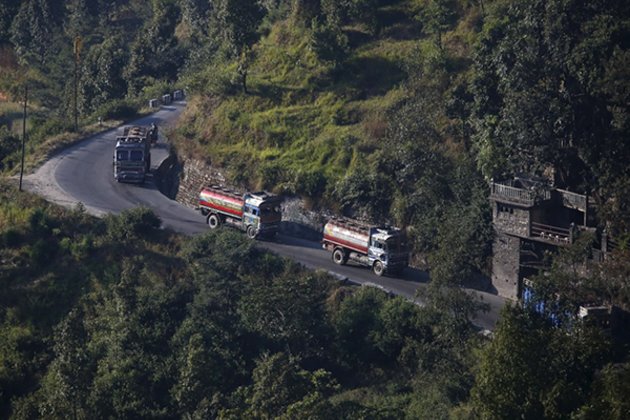 Kathmandu [Nepal], January 21 (ANI): Nepal's trade with China through the land route has been discontinued once again as Beijing has shut the Rasuwagadhi-Kerung border point until February 3, EPardafas reported.

Beijing has closed the border citing the new year celebration as the Chinese new year will begin on January 22 and will be celebrated till February 5. One of the key trade routes between Nepal and China has been closed in less than a month after Beijing eased restrictions at the border point after three years.

On December 28, China announced to open of the border for two-way trade between the two nations after it had been due to the COVID-19 pandemic. China reopened two-way trade from the Rasuwagdhi-Kerung port on January 8, as per the EPardafas report.Rasuwa Customs Office Chief Narayan Prasad Bhandari said that 39 containers loaded with goods worth Rs 60 million have been exported to China from Nepal in a month, as per the news report. Bhandari stressed that each day 14 containers were coming to Nepal from China.

"So far 39 containers laden with goods worth around Rs 60 million have been exported to China from Nepal," EPardafas quoted Narayan Prasad Bhandari as saying.

"Every day, 14 containers were coming to Nepal from China, that too has been closed," he added.

As per the news report, the earthquake in Nepal and the COVID-19 pandemic have impacted the trade between China and Nepal. The Nepal-China border was opened, however, the trade between the two nations had not returned to normal and progress in the business was yet to be made, according to EPardafas report.